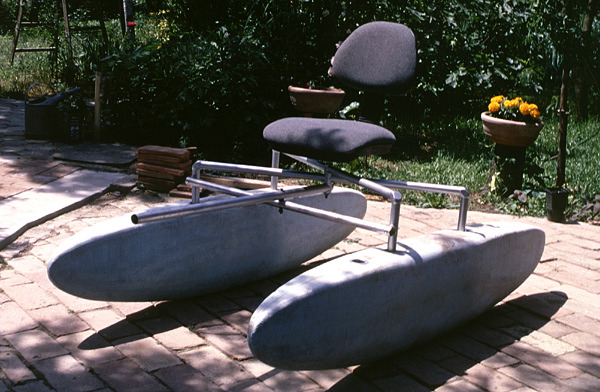 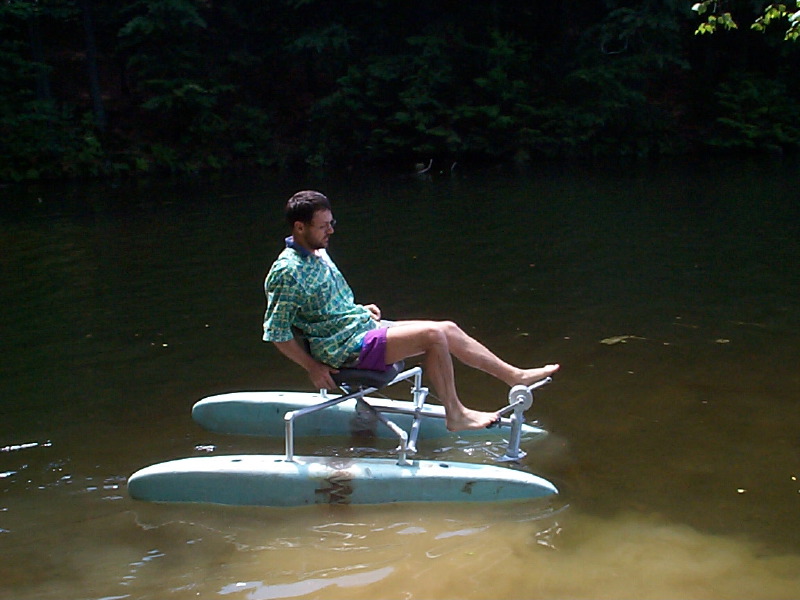 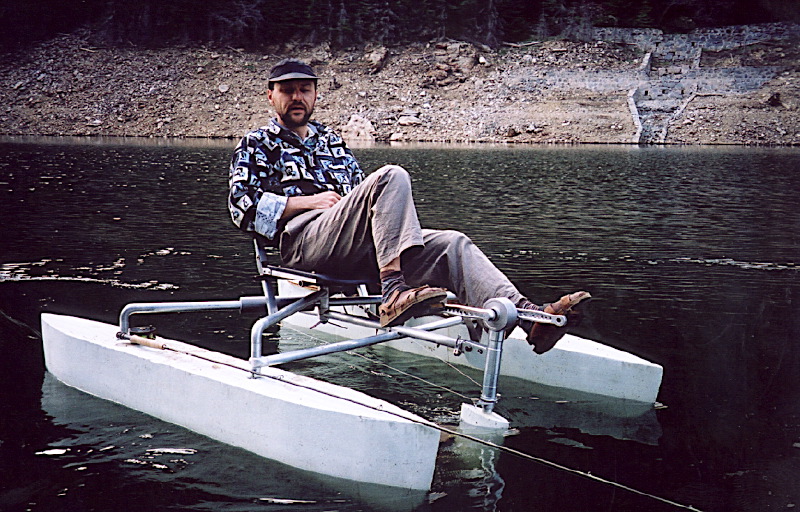 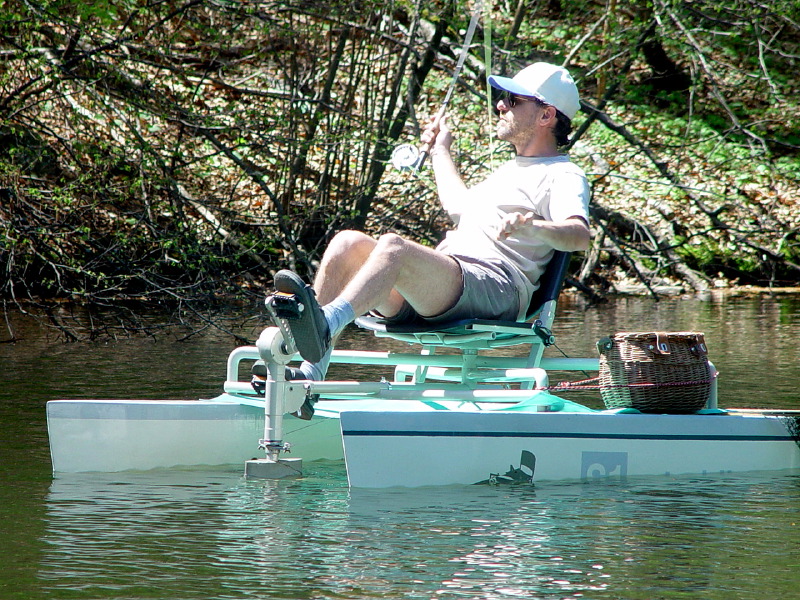 The project started in 2000, after a long season of fly-fishing at the Belis Lake; one of the richest mountains lakes in Romania, situated at the altitude of 1000 m, in the northern part of the Apuseni Mountains, where large trout and chub can be caught. For a good fly-fishing session a small fishing boat is required but, because of the high altitude, most of the days are windy. Again and again, several friends of mine and myself tried to fly-fish from an inflatable boat, but it was very hard to hold one’s position for a good cast. So I knew that I need a totally different boat for fly-fishing, one that would be very stable in windy days, would be easy to drive, would run silently and generate no waves. I tried different boats that can be rented from locals – none proved satisfactory. Thus I decided to build my own boat, a water bike.

I started with a wooden structure and foam modeled floats. I tried to move on a river with a handmade propeller attached to a cordless drill to see if the concept works. It did. Next, I started to look for the mechanical parts needed for the pedal-rudder-propeller assembly.
I had finance support from Heinrich Loth – manager of Data Group International Timisoara and cofounder of Clubul Muscaricilor Timisoara, who was enthusiastic about my idea from the very beginning, www.muscarici.ro

By 2001 I had built the first prototype with some of the parts still improvised. It was the first functional boat; I used an office chair, and the floats where too small to have a safe session of fishing. Even so I could see the first results in fishing using this type of boat and everything seemed very encouraging.

The second prototype came in 2002, with a lot of improvements; better-modeled floats, larger gap between floats, improved rudder system, strong structure, and better propeller. It was a design lacking fine adjustments, yet fully functional and well tested in different conditions.

2003 brought the third prototype, with numerous fine-tunings: new, light rudder, new and better propeller, best hydrodynamic modeling of the floats, new, custom-made seat. The prototype was tested both in clear and salty waters.

Every thing was made by hand, and the results where very satisfactory for this stage.
In December 2004 the final prototype was ready to go. After that prototype we kept doing fine adjustments and small changes, weight improvement, maneuverability mechanical improvements.

The actual product is the seventh generation of water-bikes and the first series product.
Now we develop an inflatable floats model.
Thanks:
Heinrich Loth
– for financing and supporting the idea from the very beginning.

David Mason and
Bogdan Achimescu
– for text and translation