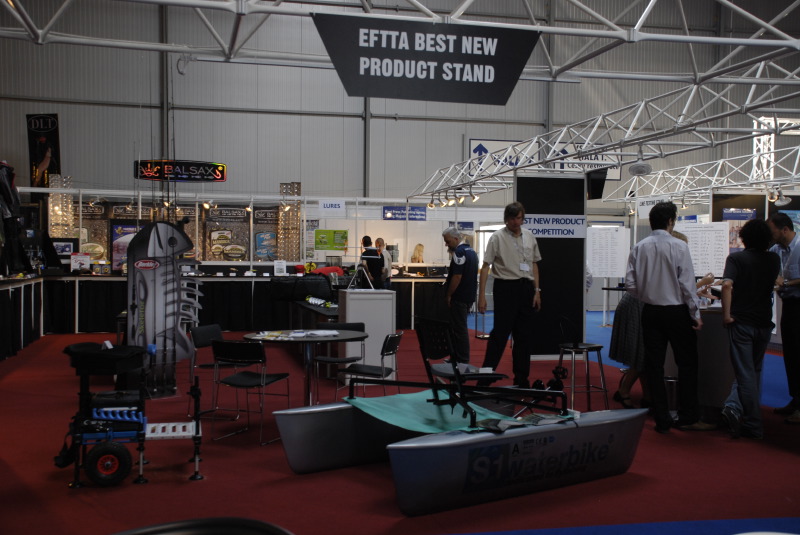 S1waterbike has been a presence in Muscarici Fly Casting Days, edition 8-th in June 2015 and edition 7-th in August 2014, where it was tested by Paul Arden (Sexyloops), Thomas Berggren and Tommy Zimsen (Karpen FlyFishing) and Djordje Andjelkovic (Barrio line developer). Also, Sasa Zec – EFFA CI, had the opportunity to test it in Muscarici Fly Casting Day edition 6-th, March 2014.

S1waterbike has been a presence in all Romanian national fly fishing competitions starting in 2003 when we offered the first water bike as the main prize. In partnership with Clubul Muscaricilor Timisoara, we offered a water bike as the main prize for Romaniaâ€™s leading fly-fishing competitions: National Fly fishing Championships and the 3 Lakes Cup.

S1 was a presence in all national fly competitions ever since. Year after year more
S1waterbikes can be seen in competitions among the inflatable boats during the lake contest.

At the moment we are working on the second model with inflatable floats, this model will increase the weight range and will provide a better stability.

Thanks to our partner Energofish, we presented our product in their stand at EFTTEX Prague 2007. The S1waterbike also participated to EFFTA best new product competition at accessory contest.

We exhibited the S1 waterbike in ExpoAventuri fair in Bucharest September 20 Th. 2007 – the first national fair dedicated to fishing and hunting.

The project was presented in Design department of the National Academy of fine Arts Bucuresti in autumn 2004 as a success story.

While covering these yearly events, the Fishing
Adventures and Modern Fisherman magazines
invariably write about the S1 waterbike.

The S1 waterbike was also present in BDP2004 –
Biennale de Paris, between february 20th to march
15th 2004 in Paris as a one man show project.